Hello and welcome to the next short Mainframe Defenders development diary.
Unlocking new items is fun, but playing with the same units can become boring pretty quickly. So, for the full version of the game, I've decided to add the unlocking mechanic for new units and presets. Unlocked units can offer either completely new upgrades or focus on alternative builds for existing ones. 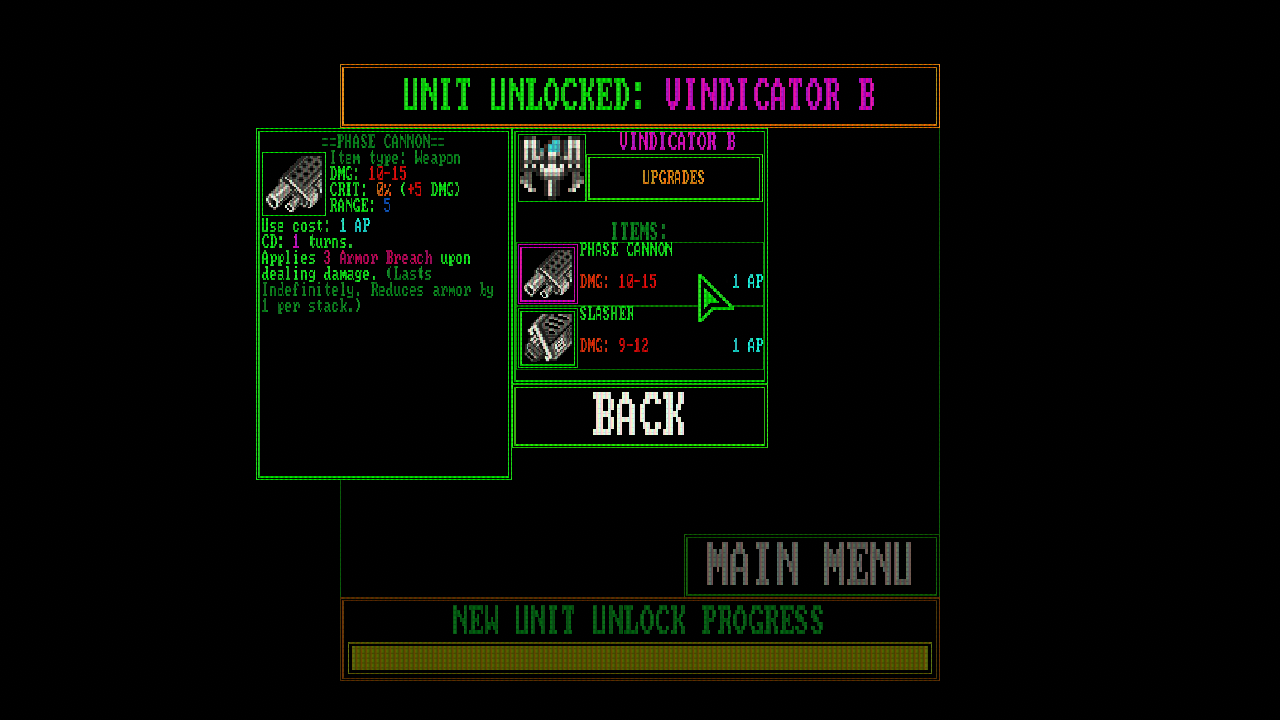 An example of a unit built around a specific strategy is the reworked Vindicator. His set of upgrades makes it possible to use weapons with cooldown more often and adds bonus damage for each weapon with cooldown he has. This opens up a unique playstyle that allows the Vindicator to use a different weapon each turn efficiently. 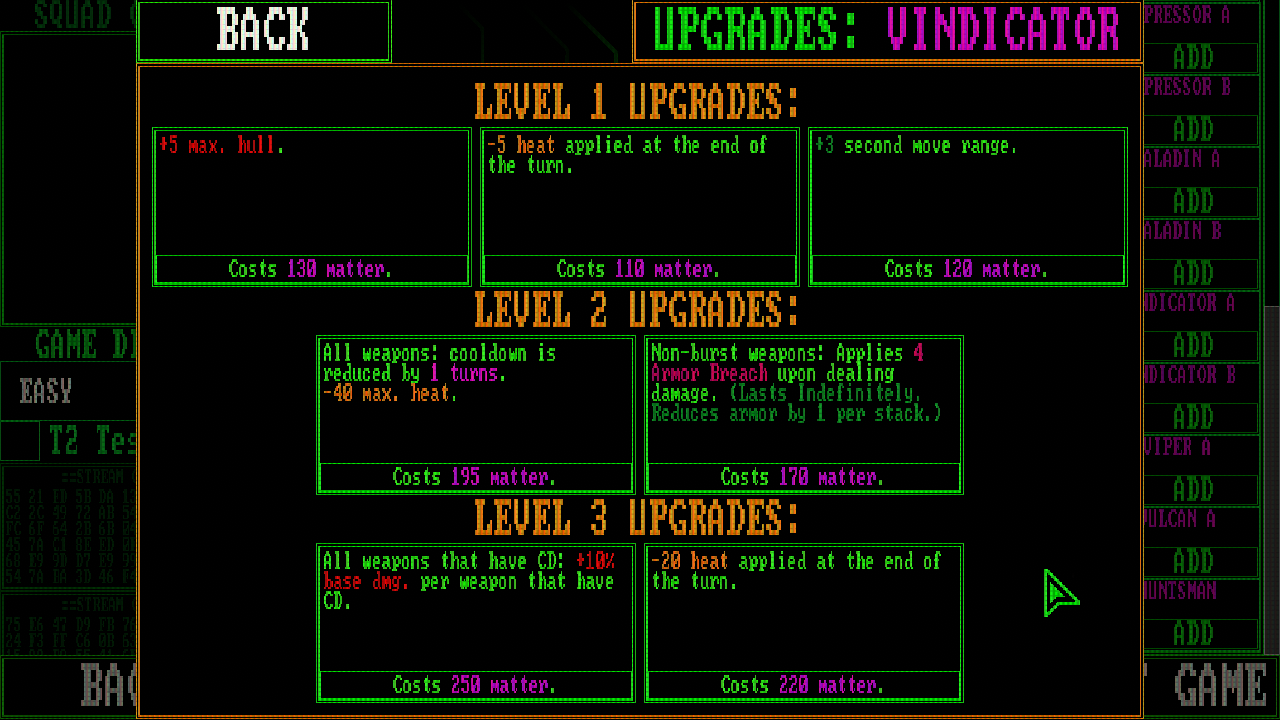 The unlock gauge is filled after each game. However, the gauge becomes more difficult to fill with each unlock. In total, at least 9 units will be unlockable upon Mainframe Defenders release!

Hi ! I'm not really fond of unlocks in games. It seems it just forces me to play at a given pace, until i unlock other things to play again. I prefer to have everything at start, and the game gives me new real content as i progress, not just "the same but with something a little different". For me, it's like i will have to play with some toys, until i manage to unlock the stuff i really like to play with, if i'm not bored before.

Hi! I can totally understand the philosophy of having the entire game unlocked from the beginning, but this is something I've added after playtesting with friends. In roguelikes especially, players want to feel like they are progressing, even after a lost run. Another point of the progression system is to increase complexity over time. Some playtesters were jarred by the number of units available from the start. They felt like they were spending too much time in the new game menu studying upgrade paths and starting items for all 16 unit presets in their first run.

But the unlock speed scales insanely with difficulty and enables skilled players to unlock the desired content in no time.

Yep, i understand the Unlock point of view, i just don't like it. Being lost in a game because of massive choices is becoming less and less common, whereas it's one of the best part of the fun... At least please don't put unlocks behind specific ways to play. Like "beat level X under Y turns with Z class". That's the worst, forcing a way to play that a player may dislike, to unlock others stuff a player may like. It's a wall making me wanting to turn back. Just get some resources from a win, less (but not zero) from a lose, and unlock what you want with that.

I am definitely not putting unlocks behind any specific conditions. I don't want to force anyone to play this game any specific way (besides encouraging higher difficulty). As I've mentioned in the previous devlog, you indeed gain research points depending on how far you've progressed (and game difficulty), even if you lose.